It was whilst living abroad that Steve first formulated the concept of his business, High Street Hero. He researched and developed the idea for about 12 months before deciding to return to the UK and work on the project full time. “I had no intention of ever working for someone else again!” he says.

Steve was given a flyer about the Outset Swindon programme and signed up to attend the full programme of workshops to help him develop his business plan.

“I found the courses very useful in many different ways. Primarily, they helped me to focus on the important points of developing the idea and the business, thereby cutting out a lot of the superfluous stuff that isn’t important.”

In order to raise the start up finance to get his business off the ground, Steve worked with an Outset Finance advisor to finalise his business plan and financial forecasts. This helped point out areas where he was being overly optimistic and, equally, where he was underplaying the business. The loan application was then submitted for approval.

“I was looking for significant capital to borrow for my start up, primarily to invest in physical equipment but also to provide capital required to actually promote and market our service.

Once I’d convinced Outset Finance and the Start Up Loans Company that the figures were realistic and achievable, the loan was speedily approved and the draw-down process was as quick as could be expected. The result is that I now have a viable business that is generating profit and growing week on week.”

High Street Hero is a dedicated home delivery service that works with local independent retailers. The service enables shoppers to receive their goods within 90 minutes of purchase or have them delivered in a one-hour window up to 10pm.

The company’s goal is to help independent retailers offer their customers increased value, convenience and choice, and gain a significant competitive advantage over major online and high street retail brands.

High Street Hero sets aside some time each week to collect large items, such as furniture, that have been donated to local charity stores. They also offer a discounted delivery fee for charity store customers. Steve is also keen to promote other independent retailers in the area via his company’s sales and marketing channels.

“I believe that High Street Hero could become a key differentiator for independent retailers in the future. Near-instant delivery, directly from retail outlets, is the next big battle ground in retail delivery and e-commerce.”

With that in mind, Steve believes that High Street Hero should be well placed to expand in the coming years as the market grows. 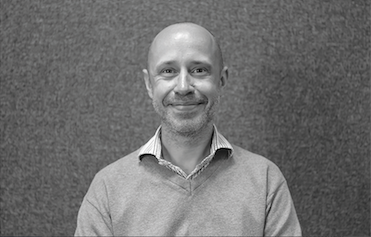